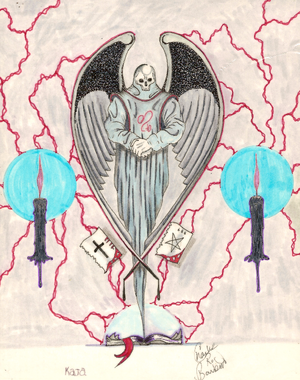 Since the time of Kaja’s fall, there has always been a single leader, which has been chosen to watch over all of his children. Once every 300 years comes the time of the next Dark Priest, so named for the first priest who came upon Kaja’s lifeless form and commissioned the mask that concealed the once powerful God’s face from that of mortal men. The Priest is chosen by Kaja himself. The new priest is granted a special form of dark birth which not only prolongs his life but also bestows to him great power and control over The Guardian.

Retrieved from "https://thebreed.fandom.com/wiki/The_Dark_Priest?oldid=5182"
Community content is available under CC-BY-SA unless otherwise noted.