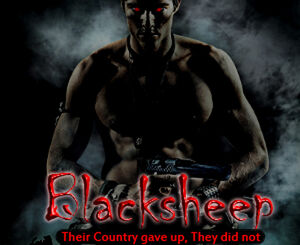 have been killed during the Vietnam War. Their name was adopted for the fact that no one else would work with them. Masters of their craft, each of the eight men was a highly trained assassin. All experts in the art of the silent kill earned them a secondary name, The Shadow-Squad, because they would come and go like living shadows, leaving no trace they had ever been there.

Though it is believed that these men were killed in action, nothing could be further from the truth. The same government that used them to clean up their messes considered them a liability and called in a mortar attack at their location. The destruction left the men imprisoned in an underground cave. They survived within the cavern for several weeks, living off the rations they had and what few rats and bats that they could find. The men soon became weak and delirious from hunger.

Carved into the walls of the cave were several arcane symbols that repeated throughout a series of patterns. One such symbol was more prominent than the others. The men began to fixate on this archaic hieroglyph and carved it into their chests. As time wore on, the men were near death and clawing at the walls. Their fingertips split beneath the pressure of their extensive scratching. Blood dripped and streaked across the cave walls and ancient symbols.

The eight men huddled close together beneath the main carving on the wall, the same that each of them now bore on their chests, with blood dripping from their fingertips, they all placed a hand upon the carving and cried out in unison.

What little light they did have within the confines of the cave was snuffed out with a sudden gust of wind. The men soon found themselves outside of their stone and earth prison, each of them healthy and strong. All the men’s wounds were now healed. Not one of them could rationalize how or why they were out of the cave that had kept them prisoner for several weeks. They stood, healthy and full of life, feeling better than they had ever felt before.

They made their way to a small village to try and contact the rest of their command. Once in the village they soon realized that what was weeks to them was ten years in the real world. They faded into the darkness, then, having come back from the shadows as a new dark and powerful force to be reckoned with.

Retrieved from "https://thebreed.fandom.com/wiki/The_Blacksheep?oldid=4831"
Community content is available under CC-BY-SA unless otherwise noted.